Our users have posted a total of 1192 messages in 190 subjects
Who is online?
In total there is 1 user online :: 0 Registered, 0 Hidden and 1 Guest

Most users ever online was 52 on Wed Mar 11, 2015 2:17 pm
Affiliates
Want to help ATB advertise? Copy this code onto your own website:

Above The Bit :: Northeastern Stables :: The Dressage/Western Ring

Arokh was tied to the fence, unable to move. He whinnied and stomped the ground in protest, seeing how Rynn hopped over the fence and sat in the saddle. She settled firmly, placed her feet in the stirrups, grabbed his reins and leaned forward. "Gimme your best, Arokh," she said and untied him. Arokh immidietly began bucking, kicking his hind legs high and rearing violently. He could feel his mouth opening as the girl pulled the reins at the bit started to irritate in his mouth, but he kept on bucking. Twice he hit his side in the fence, once he rolled over, but no use. It took him an hour to rear one last time and then give up.

Luxe a young, already broken, but once wild mare smiled at them. She was grazing freely and had a stall, usually next to arokh. She laughed to herself and knew he was stubborn. She neighed to them and tossed her head wildly. Luxe remembered what it was like to be wild, she liked it, but knew it was over and done with. Besides her owner was nice and treated her well.
(BTW-I HATE TO SAY IT BUT..... could luxe flirt halfheartedly with Arokh?! she thinks his tantrums are funny so! oh and i was wondering if wes could be friends with your human too!)

Her owner is Wes and he loved Luxe and her skills, they were a PERFECT match everytime!

(( Arokh won't be paying attention to her at all, sorry... Dx ... But I like the friendship idea with Wes and Rynn.


After a few minutes, ignoring the mare's whinny, Arokh reared up wildly, bucking with all his might. Rynn gripped the reins tighter, pulling them to gain control over the stallion.

Luxe laughed at his false attempts, knowing at the skill rynn was, the stallion wouldnt get anywhere. She laughed and looked over at her owner.

Wes came over, his dark blue eyes on her with respect and reassurence. They were truely bonded together. Luxe somewhat, thought wes was beautiful, one of the only humans she thought that way about. Wes petted her and smiled, he lounged against the fence and looked at Rynn with intrest. He waited for her and stallion to finish so he could talk to her.

Arokh ran for the fence where Wes was with a warning whinny but actually hit his side a bit further from where he was. Rynn's left foot slid out of the stirrup and she almost lost balance, but held on for now. Come on! Break in! she thought and pulled the reins again, only to get another harsh feeling as Arokh kicked his hind legs high, whinning in fury. He fell to the ground and rolled over, but Rynn held on. Arokh glared over at Luxe and rolled his eyes. Mares, he thought angrily and tossed his hindquarters once more, feeling the saddle free of weight as he sent Rynn flying off it, landing on the ground with a loud THUMP sound. Arokh snorted and breathed heavily, nostrils flaring as he looked at the human lay on the ground. By now he had forgotten about the laughing mare and swooshed his tail, lifted his head high and trotted to the other end of the fence, looking at the open lands ahead of him. He would get out of here and that was for sure! (he'll break in, don't worry.) 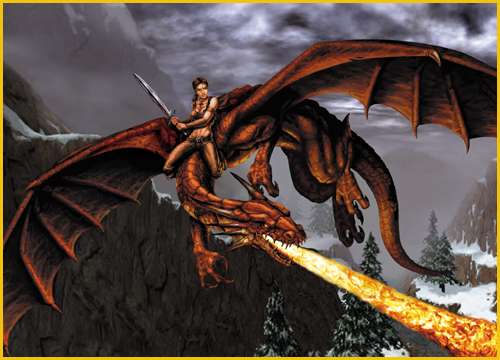 Luxe looked at her owner protectivly and then looked at Arokh. She cowered away at him and resumed grazing.

Wes looked a little worried, and watched more, puting his arms over the fence casually and waiting for Rynn to come off.

(( Rynn was already thrown off the saddle. ))

Luxe looked at her owner protectivly and then looked at Arokh. She cowered away at him and resumed grazing.

Wes looked a little worried, and watched more, puting his arms over the fence casually, not wanting to offend Rynn by going to help her. He looked at her intrested but watched Arokh.

Rynn frowned and got up. "Wrong," she murmured under her breath and, by surprise, grabbed Arokh's reins and pulled him, quickly hopping onto the saddle. Arokh bared his teeth and whinnied in anger, tossing his head and bucking again. After an hour or so Arokh stopped, Rynn leaned forward on the saddle, head hung low. She brushed her forelock back and looked at the stallion. "I told you you'll obey me," she snickered and kicked the horse's sides, walking him out of the breaking-in ring. She looked over at Wes and smiled, pulling the reins for Arokh to stop.

Wes laughed at her remark good naturedly. Luxe shook her head and pricked her ears at the humans remarks. Luxe whinnied loudly and snorted pawing at the ground. She was slightly overprotective of her human and loved him. She was jealous that wes was paying attention to this human mare. But she still didnt understand friendship either.

Rynn smiled and pulled the reins as Arokh bared his teeth and tossed his head back, taking a few steps backwards in an attempt to rear, but then he stopped. Rynn sighed and dismounted the stallion, looking at Wes. Arokh looked at Luxe whinning and pawing the ground and frowned, pinning his ears back at the mare and snorted while Rynn led him to his stall. Then Rynn walked over to Wes. "Hey, I noticed you watching me. I'm Rynn," she smiled, extending a hand to shake. (they don't know eachother, right?)

" yeah, your a really good rider." he smiled and talked to her politley. Luxe snorted and pawed the ground whinning at them, wes rolled his eyes, and gave her a shut up kind of look. He smiled reasuringly at her then looked at rynn.

Rynn smiled. "That was nothing. But thanks," she said and looked over at Luxe. "That your mare?" she asked. "She's a pretty one," she commented and looked back at Wes. "Wanna go riding later?" she suggested whilst shifting her shoulders.

" yes thats my mare, luxe, though she gets jealous if she isnt the center of attention, though when she is the center she loves it!" Wes smiled and then answered her next question, " oh yeah sure! that would be great! ill walk with you to the barn, to untack or whatever!" he smiled and opened the rings gate.

Rynn nodded and sighed. "Well, she's like the last mare I had - always wanting to be center of attention," she smiled at the mare and looked back at Wes. "Great. But I think that stallion there needs a rest right now," she said and leant against the fence, hearing Arokh's whinnies and snorts.

Wes smiled and laughed, he said " well alright, i couldnt agree more, he looks beat." He chuckled and lightly, and friendly patted the stallion reassuringly. " though im sure he thinks he could beat anything, stallions always do. guys in general do!" he smiled and backed away from the gate walking up to the barn.

Arokh tossed his head aside, avoiding Wes' hand and bared his teeth at the boy, whinning in rage. He wasn't in the mood for humans right now so he bucked at the door, making it shake and trotted off to the corner of the stall, ears pinned back. Rynn winced and sighed. "Don't touch a newly-broken horse. Wait up a day, he'll get used to it. You're lucky he didn't bite your hand off," she said and walked after Wes. "Ah, really?" she chuckled. "Well, that's not new for me," she grinned, meaning the 'stallions could beat anything' thing.

Wes chuckled at the horse and Rynn." hey don't tell me that, i think i learned my leason from being a 16 year old guy around horses once. Got kicked in the ribs by one of my fathers best race horses." he said half heartedly, he rubbed the spot where the horse had broken his ribs once and had healed. He then said " well ill see you up in the barn then Rynn?" he smiled and backed away from the gate looking at her questioningly.

Rynn's brows rose. "Race horse, hm... I think I disapprove of horse race. It's kinda cruel to make them run so much, but ah well... Lucky you survived the hit," she said with a sigh and then listened to his question. "Sure, okay," she smiled. She then looked at the clock on her hand and groaned. "I have to go. Nice meeting you," she said and ran off.

" well i just grew up with it, it wasnt my choice of career." he murumered a little defensive. He came out here to look for a new life, not taking up his fathers buisness. He sighed and smiled faintly looking over a Luxe who sensed sadness and pawed the ground. he smiled and walked up to the barn.

After a few hours Rynn was back just to find Arokh's stall door half-open, but the stallion was still inside. "Jesus!" she sighed and went to lock the door again, luckily it wasn't broken. Arokh snorted and trotted over to the stall door, poking his head out and baring his teeth at her. Rynn stepped backwards and rolled her eyes. "Yeah, whatever," she mumbled and grabbed the stallion's halter with a firm grip before forcing him out and tieing him to one of the bars of the stall door. She quickly tacked the horse and led him out, mounting him. At first Arokh was very disobedient and bucked, but after a while he calmed down and began obeying his new rider's commands.

Wes pet luxe and walked to the lounge to sit and read.

Rynn trotted the stallion around the ring before untacking him and leaving him in his stall. She went over to sit on the fence as she watched a rider [someone random] train their horse in dressage. She ate her sandwich as she watched, she had it tied to her belt the whole time in a bag - something she ALWAYS did, tieing up stuff on her belt so she wouldn't have to search for them around the whole place. Arokh looked over at Luxe and snorted before going deep into his stall and nibbling on the hay set there.

Luxe pawed the ground but then turned her rump to him.

Above The Bit :: Northeastern Stables :: The Dressage/Western Ring